We're engaged! I took the day off to spend time with Silas, and we had such a relaxing day. After taking Linus to the beach, dropping him off to be cleaned and groomed, we popped out to dinner at a steakhouse, and then went back to the beach for a little "us" time without Linus. To be honest - I was humming in anticipation at this point! I had caught a little glimpse of a box in his pocket, and I could scarcely breathe because I knew this was finally our moment!

As we walked along the beach, Silas stopped us, and told me that he wanted to spend the rest of his life with me, and asked me to marry him. Of course I said yes! The most beautiful part was that it felt like no one else was around, and that it was just us in that moment, starting on this path together. To capture the moment, we snagged an older couple nearby who had no idea what had just happened, and asked them to take our photo. 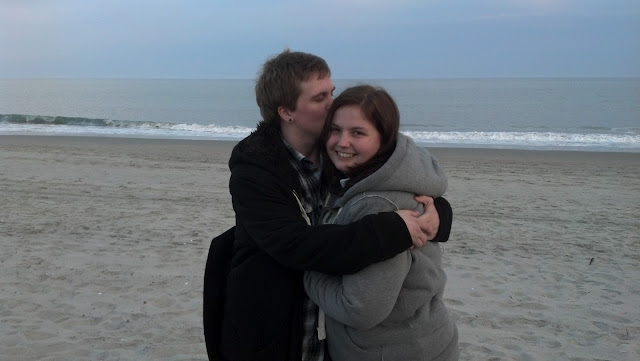 After taking our photo, they hugged us, wished us the best of luck, and off we went to spread the news to friends and family! It's still sinking in, even though we've talked about getting married and have been planning some things for a while. How long did it take you to settle into the idea that you would be getting married?